The conference "Dynasty and Disappearance" in Minster Lovell 18/05/2019

Yesterday, the conference "Dynasty and Disappearance" took place in Minster Lovell. It was organised by Steven David, who wrote a book about Francis called "The Last Champion of York: Francis Lovell, Richard III`s Truest Friend" and gave a talk there and who invited me to give a talk as well.

I arrived in Minster Lovell on Saturday morning, having come to London by plane on Friday, from there to Witney, where I stayed the night before Steve`s wife Rose picked me up and drove me to the place of our conference. Joining me were my parents, who wanted to hear me talk as well.

Arriving at the Old Swan hotel in Minster Lovell, I was quite awed. The Malthouse, were the conference took place, was very swish indeed, and the village turned out to be, as Rose said, like a picture book. Very green, very calm, very beautiful. A lot of nature. I loved it immediately.

The conference was organised perfectly, and inside the Malthouse, I was greeted by a wonderful selection of books about the village, holiday cards and CDs showing pictures of it, nicely arranged with a rather atmospheric - if implausible - picture of a skeleton sitting in a chair in a cellar, a skeleton dog at its feet, a helmet as would have been worn during battle in Francis`s time and other such lovely things. I especially loved an armoured glove, into which little hearts had been worked. I shall now forever believe Francis wore such gloves.

I did not get to admire the display for very long, though, because there were people to meet. Everyone was in a good mood, asking questions about my journey from Germany and how I came to be interested in Francis. Everyone was so nice and lovely, I slowly started to become less nervous about giving my talk in front of 50 people, and when it started at around 10:15 am, after a nice introduction, I felt I could speak with some ease.

My talk was about "Francis's childhood, connections and his place as an adult in Oxfordshire society", and it was quite fun to hold, actually. People were really interested, which made me feel secure as the talk went on, and I even got a laugh or two at some points, for example when I professed to have absolutely no idea how to pronounce "Magdalen College" and, as a Hessian, probably being incapable of doing it correctly.

All in all, I think it went well. I received some questions, among others by an elderly lady who mentioned an old local story that Francis`s twin sister had killed Francis, having first led him to a church and having read the mass of the dead for him before doing so. To my relief, no one else had ever heard of this story either, and I could answer that his twin sister most definitely could not have killed him, having died some six to seven years before he vanished.

After my talk was over, there were refreshments offered. I got to talk to several more people, some of whom I had spoken to before over the internet, and making new aquaintances. After around twenty minutes, Steve gave his talk, titled "Pretender, Power and the Plantagenets". It was mostly about Francis`s rebellions during Henry VII`s reign and the possibilities of what happened to him after he vanished. It was a great talk, though I do not agree with Steve`s theory of where Francis eventually died.

It was also great to pool our thoughts and knowledge after the end of his talk. During the approximately 30 minutes long plenary session, we answered some very interesting questions, among others about Anne FitzHugh`s whereabouts after Francis vanished.

We then went to lunch, and had a very enjoyable time talking about Francis, as well as about other subjects. Afterwards, we then had a guided tour through the village, to St Kenelm`s church and the ruins of Minster Lovell Hall - which, as we learnt, was not actually called that until the 19th century, before that being simply known as the Minster`s Manor.

The village was absolutely lovely, and the ruins of Minster Lovell Hall were awe-inspiring. It was a very special feeling to be there in person. The walls were much higher than I expected, but I thought they gave out some rather weird vibes. Not so much in the first part of the ruins, but as we progressed towards what were likely the ruins of the "private" parts of the manor, I thought it felt somewhat oppressive. It was very strange indeed, but despite this, I loved being there. It was like understanding Francis a bit more still, seeing where he grew up, and added to that, it was an amazingly beautiful place.

In the end, we went into St Kenelm`s church, where I saw William Lovell`s grave. It was astoundingly tucked away, not the centre of the church as I had expected, though I loved his effigy, which was, after all these years, still so very detailed. We were served tea and cake in church, chatted a bit more, before the conference ended.

It was a perfect, a lovely day, and I am very happy to have been there, to have met Steve, Rose and so many others. 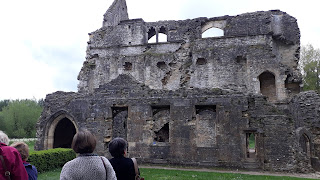 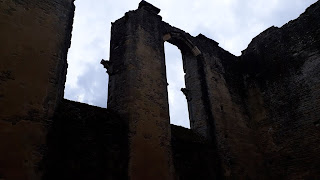 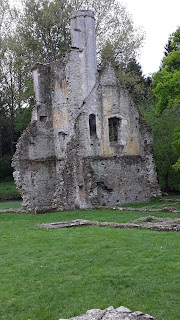 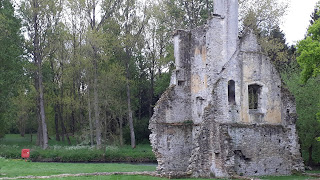 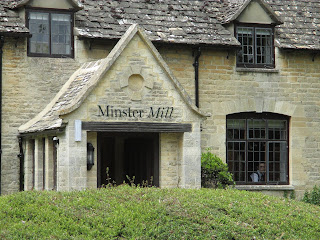 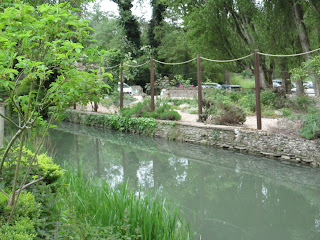 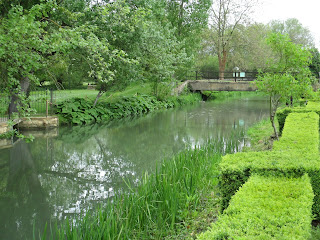 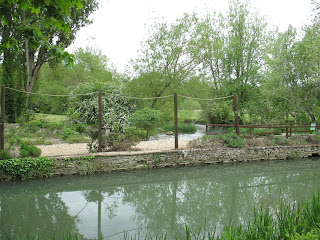 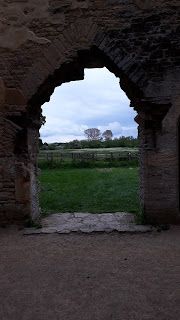 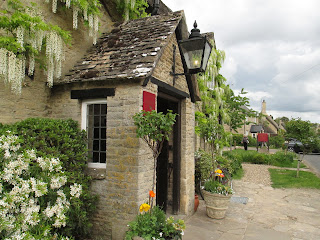 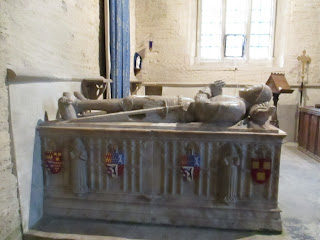 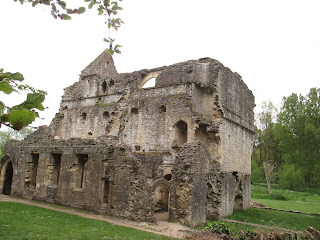 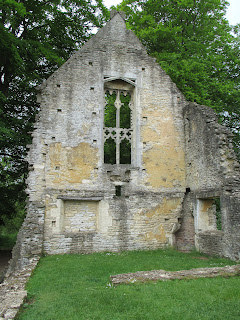 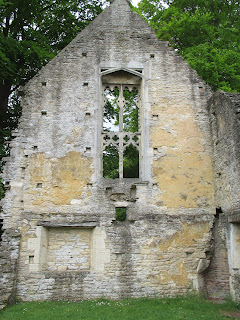 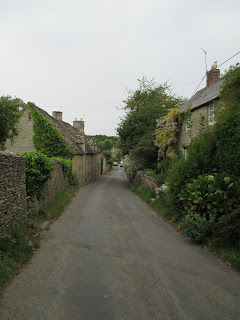 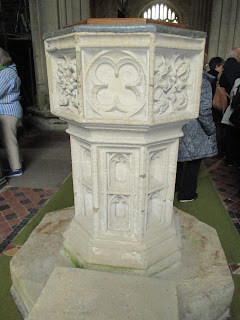 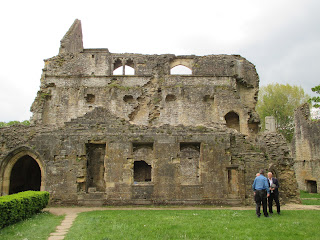 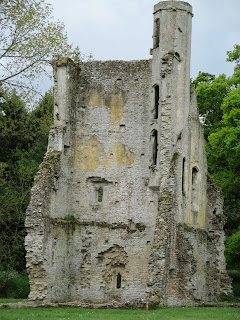 Michèle
I`m Michèle. I`m the author of the book "Lovell Our Dogge: The Life of Viscount Lovell, Closest Friend of Richard III and Failed Regicide".